My family has very strong women. My mother never laughed at my dream of Africa, even though everyone else did because we didn’t have any money, because Africa was the ‘dark continent’, and because I was a girl.

My family has very strong women too. I’ve talked in a previous post about my mother being a feminist; being unstoppable. Growing up I witnessed her doing everything and anything she was capable of, including plumbing, electrical wiring for the house, changing a car tire, fixing the washing machine, building a closet and fixing the car’s engine whilst on the road. My father wasn’t much of a handy-man, so my mom was the default fixer upper.

Growing up, I never understood that activities have gender preference, as many of my female friends do. I just didn’t know that it was supposed to be men who fixed cars, built closets and did the plumbing. 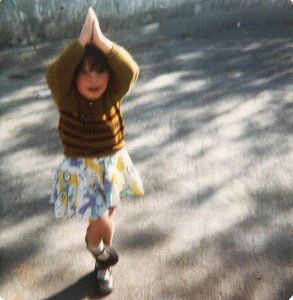 When I was 7 years old I watched “Indiana Jones and the Raiders of the Lost Ark“. Previous to this movie, I had always said I was going to be a chemist – provably influenced by the awesome microscope my mom got me when I was 5 – but after that movie and until I actually had to chose a degree when I was 17, I imagined myself as an archaeologist. But not any archaeologist! I imagine myself as Indiana Jones, traveling the world in search of mystical objects and having the wildest adventures.

My mom supported that idea. She bought me the dubbed version of the movie in VHS and she encouraged my imaginary travels and perils wholeheartedly.

My mother has always supported me unconditionally. She never limited me in any way and always trusted my decisions, no matter what. 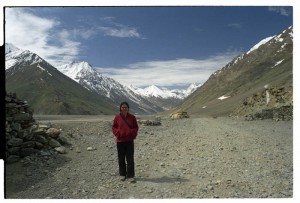 This unconditional support gave me such courage and strength and allowed me to travel around the world and have numerous adventures and perils which I resolved and enjoyed. My travels opened my eyes to the suffering of the world, inspiring me to be an artist and a therapist, inspiring me to be compassionate and strong.

The gift of strength and freedom which my mother gave me was pivotal to the building of my character and I would hope that other women – and men – grow up with the love, support and unlimited potential that my mother provided for me. She never limited me in any way because she didn’t limit herself with antiquated gender roles or preconceived ideas of what she could and could not do, giving me the strongest role model I could ever have. 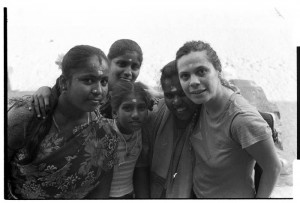 With some women in the south of India